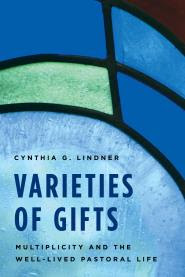 If you are a pastor, or a pastor in training, or are a voyeur and interested in how pastors think, feel, and act from Monday through Saturday then Varieties of Gifts: Multiplicity and the Well-Lived Pastoral Life (Rowan and Littlefield, 2016) is for you. Varieties of Gifts will certainly help you ponder the various identities and roles that pastors exhibit in their life. I know I did. Most of the books that I review are quick reads, but not this one. I kept stopping over and over again pondering the numerous vignettes and stories which Dr. Lindner includes. These stories were not just filler to keep the narrative moving forward, but are essential components for the book and which made me think of my own multiple identities that I carry around with me.

The major premise of this book is that pastors have, like every human being, multiple roles or identities which we exhibit. For example, when folks first meet me and when I tell them that I am an ordained minister they probably put me into one of their mental categories or boxes called “pastor.” They most likely have their own ideas or pre-conceived notions or even prejudices of what I do as a pastor, as in, “He probably just works on Sunday.” Of course we know that is a bunch of baloney, yet that is what many people think.

Yet when digging deeper they will learn that I am also a husband, father, friend, son, author, art lover, gardener, lover of poetry, and so forth. In other words when someone gets to know me they realize I am much more than just an ordained minister and that I have a wide variety of interests and things that I do which I find life-giving.

Lindner’s book is woven around numerous pastoral interviews which she conducted over a period of time. These stories were well told and are food for thought for the reader to return to again and again. The pastors whom she interviewed are also very diverse: men and women, pastors from big city congregations and those who minister in the countryside. She spoke with ministers who have been in parish life for a long time and those for a short time. The wide range of interviews and stories provides the posts or hangers, on which Lindner weaves her main thesis.

While reading I kept thinking of my own multiplicity of identities or roles and how these intersect or sometimes don’t. I kept thinking of older pastors whose primary identity has been that or a priest or pastor, always subjugating their other loves or interests to that of full time parish life. Many of these ministers are deeply conflicted and often angry, they never allowed their other multiple lives to come to the surface and have a voice. Their sole role or identity is that of minister, priest, or pastor, everything else falls by the wayside.

Yet coming to terms that we lead multiple lives is not easy. I admit that it took me quite a while to come to a deep understanding that at the core of who I am is not merely just a pastor but all of my identities wrapped into one and that all of my roles or identities or gifts as Lindner suggests are all interconnected and foster and encourage my other roles and identities. If I am going to maintain a healthy balance then I need to keep these roles alive and well, otherwise I’ll fall into the trap of having a singular identity.

If you want to give one book to your parish priest or pastor, I encourage you to get a copy of Varieties of Gifts for them, they’ll love it.

For more information about Varieties of Gifts click here

Book Review The Witness of Preaching 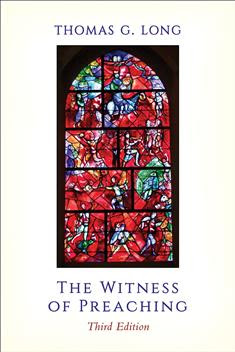 Preaching is not an easy task, trust me. After preaching Sunday after Sunday, week after week, month after month, year after year I still find it challenging. I am relieved Sunday afternoon but Monday morning I pick up my Bible again and wonder what I will say the following week. It never ends. Now, it's not all that bad, but I would love to preach every other week or maybe every third week just to let me hear a sermon once in a while rather than always have to deliver one.

For pastors like me who are life-long learners you will enjoy Tom Long's classic book for preaching; The Witness of Preaching (Westminster John Knox, 2016) which is now in its third edition.

I came across the name Tom Long a while after seminary and read a few of his articles and sermons in The Christian Century Magazine. I never had the chance to take one of his classes or seminars but I was lucky enough to hear him preach at a local preaching conference, boy was he good. When he walked into that pulpit I felt that this man knew what he was talking about. His age, together with his many years of teaching and preaching gave him the authority to say, "Thus says the Lord..." I don't remember exactly what he said and that doesn't matter, it was years ago, but what stuck with me was the power of his delivery, his poise in the pulpit, and his booming voice in Wait Chapel at Wake Forest Divinity School.

Most of what I learned about preaching was done piecemeal, a conference here or there and several bookshelves of books which I have read and re-read. This classic book newly revised provides the pastor with food for thought as we continue to proclaim the word of God.

Long tackles the basics such as delivery, the do's and don'ts of crafting a sermon, as well as honesty and vulnerability in the pulpit. I also enjoyed the several sermon selections that are included in the back of the book and which Long actually dissects and exegetes for his readers. It is like watching a play-by-play commentary by the famous football commentator John Madden. Long is there with you in your seat reviewing and commentating on a sermon showing you the good and the not so good of the sermon. I appreciated that very much and would have liked to see several more included in the book.

For those of you who would like a preaching refresher or who never encountered Tom Long before I encourage you to pick up and read The Witness of Preaching, you won't be disappointed.

For more information about The Witness of Preaching click here