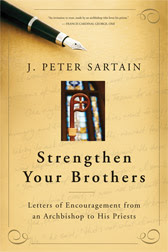 Those of us in ordained ministry, whether deacons, priests, or bishops need inspiration, encouragement, advice, and comfort. Ministry is a very difficult vocation which comes with a lot of trials, tribulations, challenges and choices. Every day we fight isolation, despondency, being overworked, and barraged with emails or phone calls. How to deal with all of this?

Thanks to the latest publication from Liturgical Press we have a very good resource for those of us in pastoral ministry.

Strengthen Your Brothers: Letters of Encouragement from an Archbishop to His Priests is by J. Peter Sartain, the current Archbishop of Seattle.

Several years ago he began writing regular letters to his priests as a away not just to keep them informed of events and projects in his diocese but as a way to keep in touch with them. After all a bishop is supposed to be a "pastor of pastors" which unfortunately isn't always the case. Too often bishops are far removed from their clergy.

This book is divided into three sections:

Of all the sections I found the second one to be the most inspirational since it is here in the day to day ins and outs of ministry which I find the most challenging. In this section he covers topics such as gossip, loving difficult people, maintaing faith in dark times, and overcoming isolation and lonliness. The short chapters can be read in a few minutes but really they could take hours or days to reflect on each one.

I liked the fact that Archbishop Sartain spoke from his heart and included not just personal stories but also stories from the desert fathers, modern writers such as the famous Jesuit Walter Ciszek and Church Doctors like Saint Augustine and Thomas Aquinas.

The hardcover edition makes this a special volume as well.

For more information about Strengthen Your Brothers click here

Book Review: Journey to the Kingdom 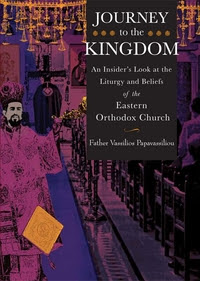 Recently Paraclete Press has published some very interesting and inspiring books. They recently publishing Life Together: Wisdom of of Community From the Christian East by my friend Bishop Seraphim Sigrist as well as some reprints of classic spiritual texts such as Brother Lawrence of the Resurrection and The Rule of Saint Benedict, among others.

Their most recent offering is a little book called Journey to the Kingdom: An Insiders Look at the Liturgy and Beliefs of the Eastern Orthodox Church. The author is Father Vassilios Papavassiliou, a priest in the Greek Orthodox Church in England.

The book is really what the title says, a guide or tour through the Divine Liturgy by someone who knows the Liturgy well. The twenty chapters are short and can be read in a few minutes. The publisher also included some very nice black and white pictures as a visual aide for the reader: the priest holding a censer, the altar table, and interior pictures of Churches. For someone who knows very little about the Orthodox Church worship this guide is a good resource, especially for the neophyte. It will also be a good resource for Adult Education programs for people who want to get a refresher on the Divine Liturgy.

This book is a welcome introduction to the Divine Liturgy and a good resource for beginners. After reading Journey to the Kingdom readers may want to dig into something deeper such as Alexander Schmemann's The Eucharist as a way to learn more about the theology and context of Eastern worship.

To learn more about Journey to the Kingdom click here 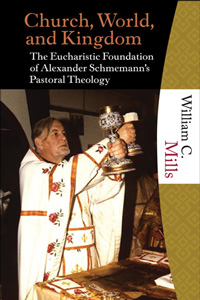 Today is the 29th anniversary of the falling asleep of Father Alexander Schmemann. For the past decade or so his sermons, essays, books, diaries, and life have influenced me greatly. Below is a link to a free online website where you can read many of his writings. You can find his books on amazon.com

Also, if you are so inclined my recent book Church, World, and Kingdom provides a greater context into his life and legacy especially regarding his theological formation in France.

May Father Alexander's memory be eternal! 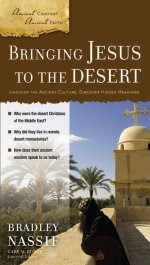 If you are looking for an easy to read introduction to Eastern Christianity and don't know where to turn then look no further. Earlier this year Zondervan recently published the fourth volume in their Ancient Context, Ancient Faith Series edited by Gary M. Bunge. Written by Bradley Nassif Bringing Jesus to the Desert is part history, part memoir, part survey of the richness, diversity, and depth of the Eastern Church as it found its way into the desert. When reading Paul's letters for example we see a very urban type of Christianity as Christians lived in major cities like Rome, Jerusalem, Damascus, Corinth, and Athens. However, with the rise of Constantine the Great and the increasing political influence of the Emperor Christians began moving further and further into the desert and created little communities in Egypt, Syria, Jordan, among others.

Nassif is a graduate of Fordham University and is currently a professor of biblical and theological studies at North Park University in Chicago, IL. Nassif is also a practicing Orthodox Christian as well which also enlightens and enlivens the current volume.

This book is rich with colorful photographs of monasteries, churches, monks, priests, ancient manuscripts, as well as a photo or two of his family. The saying goes that a picture tells 1,000 words and that is true. Nassif weaves his own family narrative into the larger story of the spread of Eastern Christianity. His family has roots in the Middle East so he has the wealth of knowledge when it comes to the culture, religion, and society of the time. There are pictures of his beloved Sitti, or grandmother as well as of his uncle and other family members. It reminds me of Paul's emphasis on the Church as the body of Christ. We tend to think of that metaphor in terms of its larger context but in Nassif's case it is real, each member of his or her family influenced him in big and small ways, especially regarding his faith formation and upbringing.

Colorful Characters: John the Little, Moses the Ethiopian, and Simeon the Stylite

While reading this book I was grateful for Nassif's work. There are many scholarly texts on each of the people mentioned above as well as thick tomes about desert spirituality as it is commonly called but very few basic, easy to read, entry level books for the average person. Who would read this book? Probably a non-Orthodox Christian who wants to learn more about the first few centuries of Christianity after Jesus or even an Orthodox Christian who might want to learn more about his or her faith.

To learn more about Bringing Jesus to the Desert click here 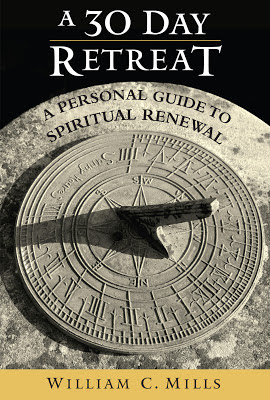 If you own a Kindle or any sort of e-reader I just found out that book book, A 30 Day Retreat is now available on Kindle for a low price of $ 9.09.

If you want a very low key spiritual retreat during the crazy month of December than this book is for you.