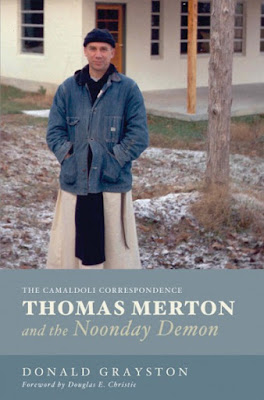 There are not many memoirs published by pastors, a few have been noteworthy such as Richard Lischer's Open Secrets or Barbara Brown Taylor's Leaving Church are perhaps among the better ones; there are a few others. However, among the most recent is a small but powerful memoir titled Crossing Thresholds: The Making and Remaking of a 21st Century Chaplain (Cascade Press, 2015) by Lucy A. Forster-Smith. Forster-Smith is the Sedgwick Chaplain to the University and the Senior Minister at the Memorial Church at Harvard University. When I saw this book I knew I had to read it, especially because it is by both a chaplain and a pastor, someone who has one foot in separate, but similar ministries.

I don't want to give too much away lest the reader not want to read her book,  but her's is an intriguing story. She first writes about her time as the chaplain at Macelester College in St. Paul Minnesota and the ups and downs, trials and tribulations of religious life at a small Midwestern college, especially the stories about how non-relgious students began to question the role of the chapel and the Church in a liberal arts setting with many students from a wide range of religious beliefs: Jewish, Muslim, various Christian traditions, and non Christian too. One of the funnier stories is her coming to work without the slightest idea of what to do, boxes still unpacked, apparently there was no one around to show her the ropes. I say funny because it reminded me of my own foray into parish life; they gave me the keys and said basically, here it is, good luck. I'm sure most pastors had similar experiences.

Forster-Smith reveals a traumatic episode in her life which I want to let the reader find more out about on their own. However, any trauma, especially a violent one, can leave one hopeless and helpless. Yet somehow, through therapy, prayer, communion and community, Forster-Smith overcomes it and enters into full time ministry. While reading the book I felt like cheering her on, after all, many people are left damaged after traumatic experiences, never to regain their own personal power, dignity, and self-respect.

The only drawback to this memoir is that it is too short. I wanted to learn more about her own faith upbringing, her personal struggles with God, with students, with the larger Church as well as the chapel. Maybe she is saving this for another book in the future, I hope so, she is a good writer.

If you are a pastor or in any way interested in the role and ministry of chaplains and pastors pick up a copy of Crossing Thresholds, you won't be disappointed. 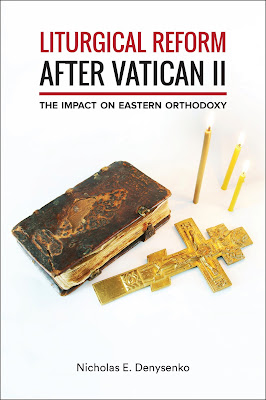 Just wanted to share some good news from my friend and colleague Dr. Nicholas Denysenko, an Orthodox deacon and professor of theology at Loyola Marymount University in LA. I look forward to reviewing his new book on my blog in the near future.


To order a copy of Liturgical Reform click here